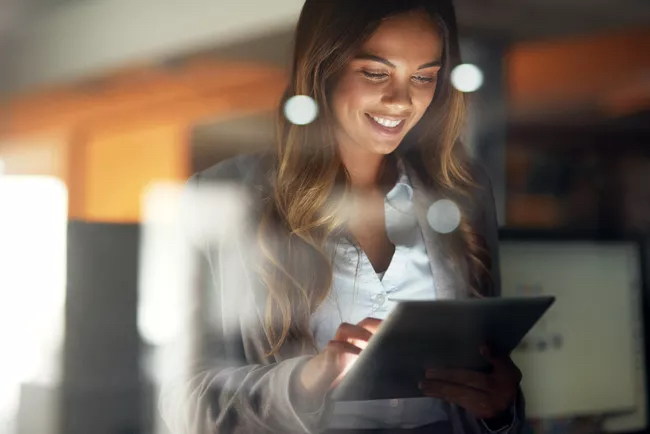 Many companies list “teamwork” as a company value, and many managers preach, “Teamwork makes the dream work.” Yet, teamwork doesn’t occur simply because HR writes it into the list of corporate values, or because managers use witty expressions in the workplace. Neither is teamwork intuitive. Rather, it is “intentional and purposeful cooperative behavior involving two or more people with a common goal or end state”.  Organizations embrace teamwork because they presume that people working together – i.e., collaborating — will produce a better outcome.  Here, we examine the characteristics of functional and dysfunctional teams and how technology can enable efficiency and, thus, teamwork, in OMS practices.

Understanding Teamwork
As any experienced leader knows, the real challenge of teamwork is not setting goals for a team or defining the end state; it is getting people to work together.  At some point in the life span of a team, there will be conflict.  Conflict can be “healthy,” or it can be detrimental to collaboration and, thus, to teamwork. “Healthy” conflict actually is functional. It is this functional conflict that makes a team cohesive. There is no substitute for working through the bumps along the way. Conflict avoidance, on the other hand, prevents robust ideation and innovation, ultimately limiting the team’s results. Psychologist, Bruce Tuckman, devised a model for high-performing teams that leaders recognize even today as forming, storming, norming, and performing. Tuckman argues that these stages of development lead to cohesive teamwork.

Stage 1: During the “forming” stage, which may last for a while, team members tend to be cordial and positive as members get to know one another, and consider and define the task ahead. The team leader typically plays a dominant role at this point.

Stage 2: When the team moves to the “storming” stage, members begin to redefine the boundaries established during forming.  This is when conflict first arises. Its root cause may be the differences between team members’ natural working styles, a challenge to the leader’s authority, jockeying for position as roles become clearer, frustration when roles aren’t defined, disagreeing with the approach the leader is taking, or questioning the value of the team’s goal. Of each stage, storming is the one where teams are most likely to fail if they do not establish processes and strong relationships with their colleagues while forming.

Stage 3: As the team gradually moves to “norming,” members start to resolve differences, appreciate each other’s strengths, and respect the authority of the leader. There is enough trust now such that members ask each other for help and feel comfortable providing constructive feedback as they develop a stronger commitment to the team goal and they make noticeable progress toward it.

Stage 4: During the last stage, the structure and processes the team sets up results in achievement of the team’s goal with little or no friction. During the “performing” stage, the leader can devote less time to working on the goal and more time on developing the people. Members are “in synch” such that the way the team works is easy to follow, and the addition or departure for a team member does not disrupt performance.

Blaming behavior in teams takes the form of accusations aimed directly at a person rather than his or her idea or behavior, and it may be expressed in a harsh, dominant, or even aggressive way. Self-protecting in this context is a form of defensiveness that redirects blame to another person without acknowledging one’s own misbehavior or errors.  Disdain or contempt is the most toxic behavior of the four.  Sarcastic, cynical, hostile humor, and/or a disrespectful tone can undermine the authority of another team member. Often disdain is the result of a process that festers for a while with occasional signs of behavior or an eruption of emotion. Finally, stone-walling is an extreme reaction to fear or danger where a person disengages from the team by purposely refusing to communicate, engage, contribute and interact with the team and by refusing to acknowledge any opportunity for compromise. A team’s inability to deal with unhealthy conflicts can doom it to failure.  It is the responsibility of the team leader and each team member to discover, address, and remediate unhealthy conflict as expeditiously as possible. Companies that master the process of team building can experience higher productivity, establish a support network in difficult and challenging times, foster more innovation, improve morale, attract better talent, improve service, and become more resilient.

Strengthening Teamwork in Your OMS Practice
Like most businesses, dental practices can reap the benefits from teamwork, too. While it is true that dental practices have employees with differentiated tasks, the critical inquiry is whether employees perform their role-specific tasks for the optimal efficiency of the practice as a whole versus treating them as unrelated mundane chores. The team’s job, essentially, is to make sure the patient feels comfortable and confident with the flow of the office whatever the patient’s dental needs may be.  That requires teamwork.

The efficiency of “the whole” is, by definition, teamwork.
In aiming for optimal productivity and efficiency in your OMS practice, consider five methods to attain that goal.

Method 1: The first method is improved patient communication. A patient’s first interaction with the office usually is by phone. That phone call is your one and only chance to make a good first impression.  Office administrators should have training to communicate in a pleasant, professional, and helpful manner, schedule an appointment easily, and respond to basic questions that a patient will have about procedures and rates.

Method 2: The second is to tackle the inefficiencies of late arrivals and no-shows by automating patient appointment reminders in all forms of communication including, sending reminder cards, making phone calls, emailing, and texting.  By automating reminders, you free up the staff to address other tasks and responsibilities in the office.

Method 3: The third is to reduce patient intake and set-up time. Hard-copy patient forms requires data input by someone in the dental practice. This can take a significant amount of time and result in data entry errors. A paperless system will increase efficiency and accuracy in your practice.

Method 4: Fourth is to improve office communication. Clear communication between office staff and clinicians may seem like an obvious way to increase productivity and efficiency, yet many busy offices don’t have the capability of accessing real-time patient statuses quickly, knowing where the patients are or what service they are having, and how long they have been waiting.

Method 5: The final method is to automate billing.  Beside the time savings, consider that some insurance companies don’t use paper billing systems. Also, features like automatic pricing estimates mean reduced human error in billing, faster electronic insurance payments, and the convenience for the patient of paying outstanding balances by credit card.

Significant improvement in productivity and efficiency are possible with technology
A good example of such technology is the MaxilloSoft solution. Capabilities include online patient intake forms, and automated appointment reminders, fee estimates, insurance forms, bill pay, and dental referral letters. A solution like this will improve communication among staff and with patients, reduce human error, save time, save money, and replace clipboards, paper forms and pens with a higher tech, higher touch experience that both dental staff and patients will appreciate. Ultimately, these capabilities equate to technology that enables teamwork in the dental office as they accelerate the norming and performing stages of high-performing teams and mitigate blaming, self-protecting, disdaining, and stone-walling.